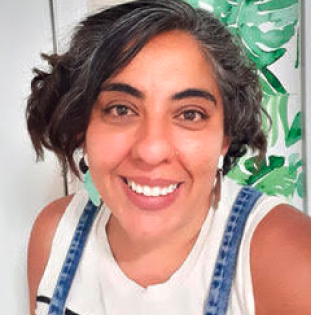 Nadeen Bir (she, her) is a Palestinian-American who grew up in Kentucky and South Carolina. Since 2002, she has worked with social justice movements in North Carolina, particularly with immigrant/Latinx communities, farmworkers, and labor rights organizations. She has worked with youth of all ages and families and has held various leadership positions at El Pueblo, IUE-CWA nonprofit workers union, El Centro Hispano, and Student Action with Farmworkers. She has fought for in-state tuition, an end to child labor, and supported worker-led campaigns. Most recently, she worked as the Associate Director at Southern Vision Alliance, a Southern regional movement infrastructure organization working to disrupt and transform power for collective liberation. Nadeen studied Spanish and political science at the College of Charleston, SC. She enjoys spending time in nature with her family and their dog Mr. Scruffers. 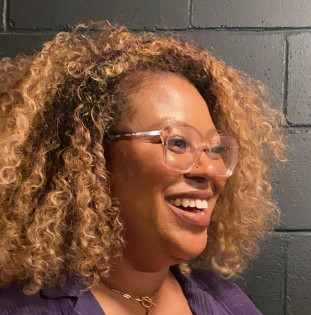 Ko Bragg (she, her) is an investigative reporter and editor who considers herself a “northern southerner,” having grown up in rural Virginia, New Jersey, and later Mississippi, her ancestral homeland. She is the Race & Place editor at Scalawag and a contributing editor of Southerly, and also served as a mentor for Freedomways’ inaugural cohort in 2018. As a reporter, she’s spent several years covering the criminal-legal system’s disparate impact on Black children in Mississippi. For her investigation into the laws that automatically charge Mississippi kids as adults, she won Evident Change’s 2020 Media for a Just Society Award and a First Place Green Eyeshade Award for Public Service Online Journalism from the Society of Professional Journalists. Her work appears in CJR, FRONTLINE, The Lily, The 19th, The Appeal, and Reveal from the Center for Investigative Reporting. Outside of writing and editing, you can find Ko in one of two places: Hunkered down watching reality television at her home in New Orleans or on the hunt for raw oysters. 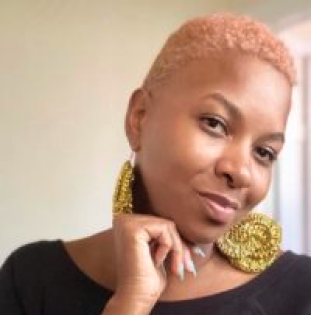 Manolia (she, her), a co-founder of Press On, tells stories that feed spirit and amplifies voices that seek liberation in her roles as multimedia journalist, curator, strategist, and educator. Over the last 15 years she has helped lead several media organizations and campaigns, including the Boston Haitian Reporter, The Haitian Times, and Feet in 2 Worlds. Most recently, she was the Associate Director at The Media Consortium, a network of leading independent news media, where she advanced the sector’s racial equity strategy, development of emerging local media networks, coverage of social justice movements, and editorial management for a landmark scientific study on the impact of collaborative storytelling. Currently, as a social impact and equity consultant to movement-building organizations and independent media platforms, she’s helping change agents channel their resources to center the capacity of communities of color to build institutions in their image. Manolia also serves on the board of directors for Bitch Media and YES! Media. 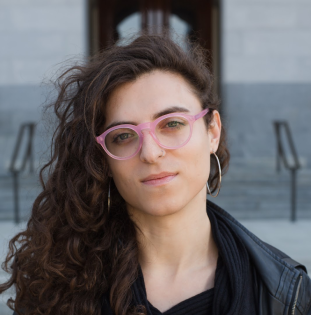 Coral (she, her) is an abolitionist organizer, freedom schemer and behind-the-scenes infrastructure builder based in Middle Tennessee. She is a queer white Jewish trans femme who has worked in racial, gender, and economic justice movements for over 10 years. Coral has organized with organizations including Critical Resistance, the Transgender Gendervariant Intersex Justice Project, and the Western Regional Advocacy Project to fight for a world free of policing, imprisonment, surveillance, and the criminal legal system. She fell in love with Southern queer and trans organizers which siren sung her to root herself in the struggle for liberation in the South. 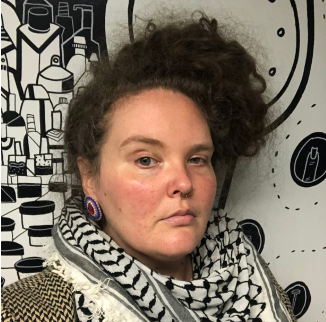 Alyzza May
Director of Development

Alyzza May (they, them) is an angelic troublemaker, moving in the lineages of cultural workers, popular educators, and community builders alike. They bring over a decade of grassroots fundraising experience to Press On, most recently showcasing this skill with Greensboro Mutual Aid. Co-creating aspects of the solidarity and new economies have been a focus of theirs, having helped bring the first participatory budgeting process to the South in Greensboro, North Carolina, working with the Fund for Democratic Communities in the field of cooperative economics, curating over a dozen community-engaged murals, and most recently helping to launch Freedom Fridges. Alyzza is a former member of Cakalak Thunder, plant daddy, and a proud Titi to two puntastic twins. 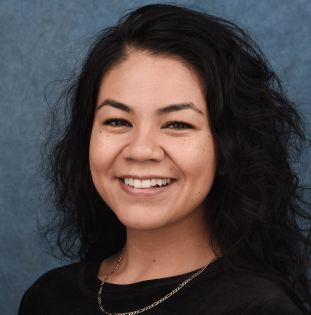 Kassie (she, her) has led communications, digital engagement and strategy efforts, and multimedia projects for organizations in the nonprofit and public sector spaces for more than 12 years. Most recently, she was the social editor at The 19th. She is most passionate about doing work that puts people and communities and their stories and needs front and center in journalism.

She was born and raised on the Texas-Mexico border and studied communications and global studies at St. Edward’s University in Austin, Texas. 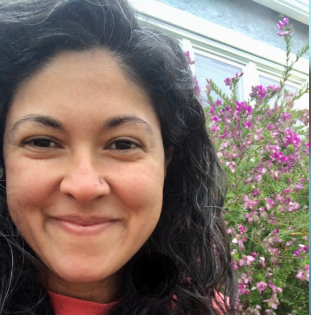 Yashna Maya Padamsee is a first generation South Asian immigrant queer femme raised in and by the U.S. South. Yashna has spent more than 15 years supporting social movements through creating innovative infrastructure and sharing liberatory healing practices. The last decade of her previous work was as the Program Manager at generative somatics (gs) and as the Events Director at the National Domestic Workers Alliance. She has also been an adult literacy program coordinator in Durham, North Carolina, a faith-based immigrant rights organizer at the Bay Area IAF, moderated a community care discussion on OrganizingUpgrade.com, and has been the lead of a disability justice committee at gs.

Yashna holds a Bachelor of Arts in Film, Animation, and Video from RISD, a Yoga teacher certificate from the Sivananda Ashram, and is a 4th-year Teacher-in-Training at generative somatics. She is a co-founder and moderator of RadOps, a justice-based group for operations workers in movement organizations. 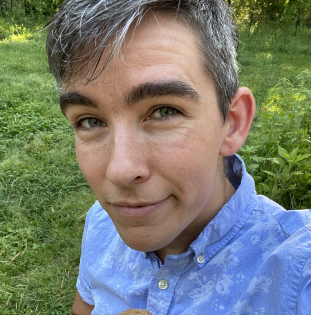 Lewis Raven Wallace (they, ze, he) is an award-winning independent journalist based in Durham, North Carolina, and a co-founder and co-director of Press On. He’s the author of “The View from Somewhere: Undoing the Myth of Journalistic Objectivity” (University of Chicago Press, 2019), and the host of “The View from Somewhere” podcast. Lewis previously worked in public radio, and is a long-time activist engaged in prison abolition, racial justice, and queer and trans liberation. He is a frequent public speaker and trainer on topics including legacies of resistance in journalism and transforming journalism for the 21st century. He is White and transgender, and was born and raised in the Midwest with deep roots in the South. When he’s not working, he plays the accordion, writes poetry, and spends time with his dog named Turtle, 12 chickens, and his pigs: Dogwood, Venus Banana, and Gilbert.