The Freedomways Reporting Residency 2021-2022 cohort brings together five journalists, storytellers, community organizers, and those at that intersection for a six-month virtual training program in the principles of movement journalism, which we define as journalism in service to liberation.

This does not mean turning journalists into soapboxes for activists, but rather fostering collaboration between journalists and grassroots movements, and supporting oppressed and marginalized people to create justice-oriented journalism.

Our cohort has chosen between two tracks:

This year’s program theme is: Home. Our participants will report on and engage communities with topics such as (but not limited to): 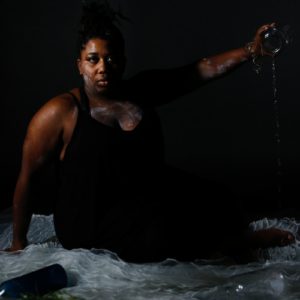 Aurielle Marie (they, she) is a poet, essayist, digital strategist, and cultural critic. She is a child of the Deep South and the Black griot tradition. A genderqueer storyteller and community organizer, Aurielle writes about sex, bodies, state violence, and the South from a Black feminist lens. They are the author of “Gumbo Ya Ya: Poems,” described as “a cauldron of hearty poems exploring race, gender, desire and violence in the lives of Black gxrls, soaring against the backdrop of a contemporary South.” Follow them on Twitter.

Crystal Good (she, her) is a writer and artist whose work combats the erasure of Black identity in Appalachia. She is the founder and publisher of Black By God THE WEST VIRGINIAN, a print and multimedia publication centering Black voices to address the information gap. Crystal is the author of “Valley Girl,” and holds the completely made up (but totally sincere) office of Social Media Senator for the Digital District of West Virginia, which encourages digital and political literacy. Follow Crystal on Twitter.

Delaney Vandergrift (she, her) is a cultural worker, communications strategist, and community organizer in North Carolina. Currently, she works for the NC Black Leadership Organizing Collective doing cultural work and mass engagement strategy. She has a deep commitment to curating spaces for her peers to grow their analysis of the world, while using culture to push them left. Follow her on Twitter.

A Columbus, Mississippi native, Jasmine Williams (she, her) is a writer, creative producer, and social entrepreneur. She is the creator of ‘Sipp Talk Media, a digital platform that uses storytelling to shift the narrative of Mississippi by centering Black experiences and culture. Exploring themes of language, food, history, art, and lifestyle, Jasmine is committed to the visibility of Black Southern stories and our creative legacy. Follow her on Twitter. mónica teresa ortiz (they, them) was born and raised in the Texas Panhandle, and is the author of “muted blood” and “autobiography of a semi romantic anarchist.” They have ties to both Chihuahua, Mexico, and South Texas, and have facilitated writing workshops for women factory workers in Mexico, The Operating System based in NYC, as well as for the Central American collective and multimedia production house, Tierra Narrative. Follow mónica on Twitter or on Substack at Riding with the Poet. 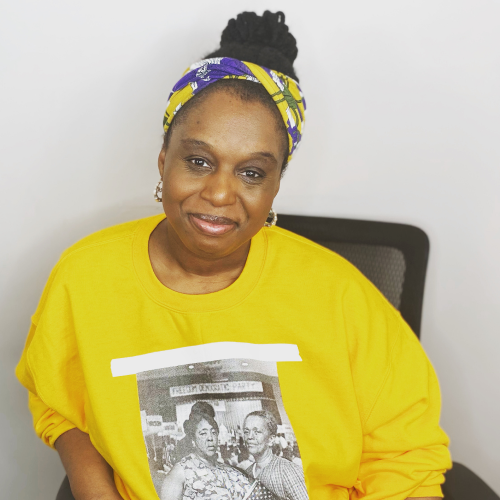 Anoa Changa (she, her) is a Southern-based movement journalist and retired attorney. Anoa has a deep history of working within the realms of advocacy and justice. Her passion lies in building collaborative political spaces that fundamentally change the way communities and grassroots organizations engage with the social and political systems around us. Expanding on her experience as an attorney, Anoa has been a grassroots digital organizer and strategic advisor to several organizations. Before transitioning to journalism, Anoa served as the director of digital strategy and storytelling for the New Georgia Project, a nonpartisan effort to register and civically engage Georgian voters. Prior to that, she held the position of cities electoral manager for Democracy for America.

She is the host of the podcast “The Way with Anoa,” which tackles politics and current events through a Black progressive feminist perspective. Anoa has bylines in several outlets including Essence, NewsOne, Scalawag Magazine, Dame Magazine, Harper’s Bazaar, The Appeal, and Rewire News Group. She is a speaker, trainer, and presenter in progressive spaces.

Anoa received a B.A. in Sociology and a Master’s degree in City and Regional Planning from The Ohio State University. She was awarded a J.D. from West Virginia University College of Law where she was a W.E.B Dubois fellowship recipient. She resides in Atlanta. 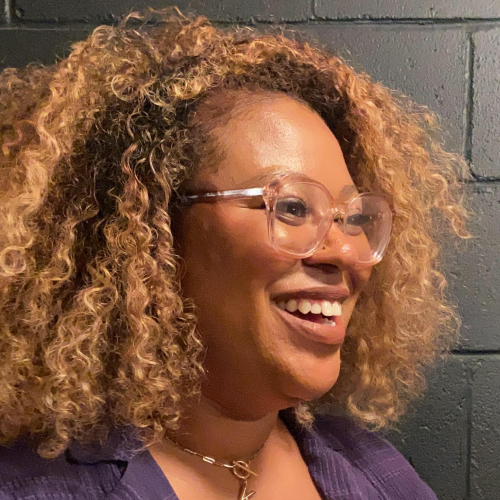 Ko Bragg (she/her) is an investigative reporter and editor who considers herself a “northern southerner,” having grown up in rural Virginia, New Jersey, and later Mississippi, her ancestral homeland. She is the Race & Place editor at Scalawag and a contributing editor of Southerly, and also served as a mentor for Freedomways’ inaugural cohort in 2018.

As a reporter, she’s spent several years covering the criminal-legal system’s disparate impact on Black children in Mississippi. For her investigation into the laws that automatically charge Mississippi kids as adults, she won Evident Change’s 2020 Media for a Just Society Award and a First Place Green Eyeshade Award for Public Service Online Journalism from the Society of Professional Journalists. Her work appears in CJR, FRONTLINE, The Lily, The 19th, The Appeal, and Reveal from the Center for Investigative Reporting. Outside of writing and editing, you can find Ko in one of two places: Hunkered down watching reality television at her home in New Orleans or on the hunt for raw oysters.